View Cart (0)
HAPPY HOLIDAYS, FAIR WINDS, AND FOLLOWING SEAS FROM ALL OF US! 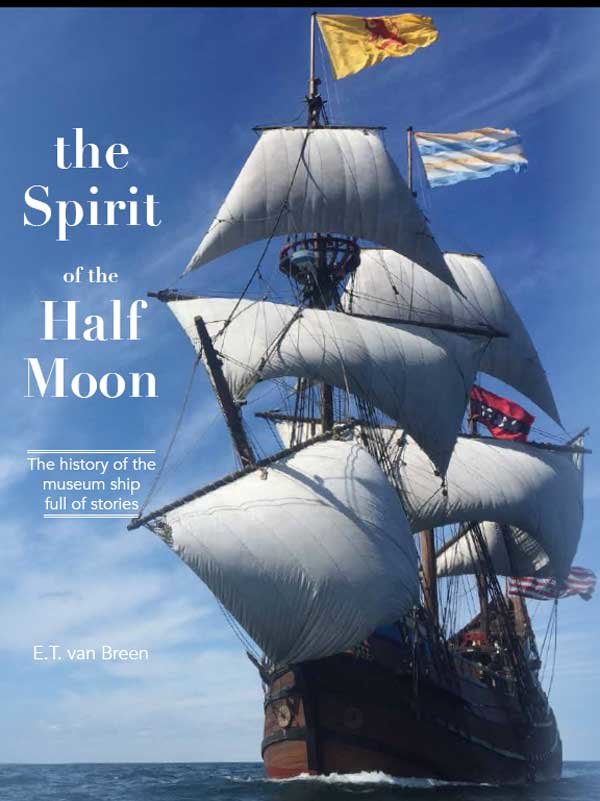 This book is a celebration of a ship full of stories and a single adventurous Spirit.

The story begins in 1609 and the newly found evidence of the acquisition by the Dutch East India Company of the Halve Maen, the famous ship that enabled Henry Hudson’s voyage of discovery, the voyage that would set in motion the settlement of New Netherland and ultimately the United States of America.

An Adventurous Spirit through the ages:

Following the footsteps of a young man who in 1659 migrated to this new country and carried the Spirit with him, we can feel the continuum of history. The symbolic role the Halve Maen had been playing in this history was emphasized when in 1909 the Dutch government chose to build a replica of the ship to express the long-lasting ties that bind the Netherlands and the United States. The renewed Spirit was central to the Tricentennial Celebrations of Hudson’s voyage in 1909.

In 1989 the Spirit was revived by Dr. Andrew Hendricks, a descendant of the 1659 settler. He founded the New Netherland Museum for which he undertook to build a new replica of the Halve Maen, this time called the Half Moon. From laying the keel through its construction and final launch, the slow recreation of the Spirit is illustrated.

For the next 25 years the ship carried out its fundamental educational tasks. The book vividly describes how the Half Moon carried the Spirit from North Carolina to Nova Scotia and from the Hudson Valley to the Great Lakes, fulfilling its mission of underscoring the Dutch contribution to the American way of life.

Crewed by teenage students and enthusiastic volunteers, led by professional captains and bosuns, the Half Moon also played an unexpected but essential role in shaping characters, forming bonds and learning teamwork. These experiences are described and illustrated extensively as well as they are profoundly integrated in the Spirit of the Half Moon.

In 2009 the ship was proudly central to the Quadricentennial Celebrations and its importance was endorsed by the visit on board of the Dutch royal couple. The Half Moon had sailed her own adventurous voyages of discovery and forged her own maritime history. The book concludes with the voyage of the ship to the country of its famous ancestor, the Netherlands. Now Dutch people can discover and experience the Spirit of the Half Moon.

This ship full of stories is the sum total of all the people that have contributed and are now part of the continuum of history. Indeed every effort has been made to mention everybody who contributed to the Spirit of the Half Moon. 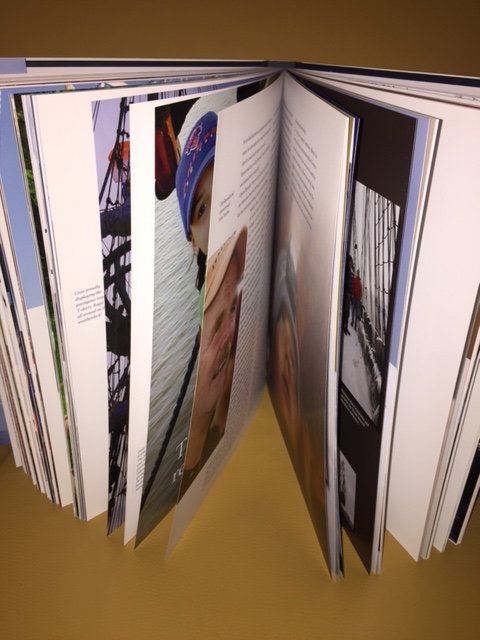 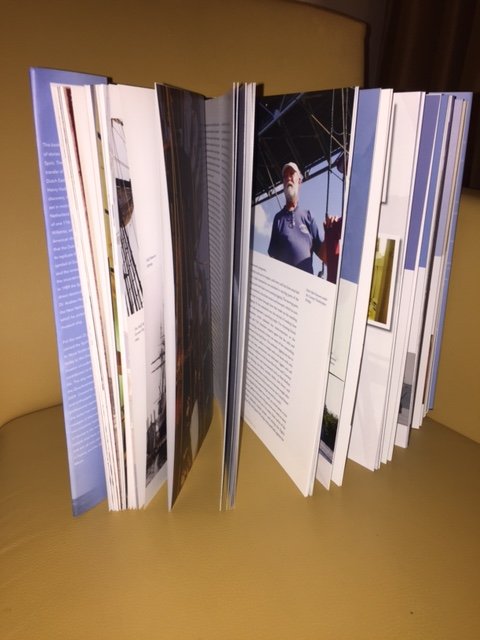 This publication was made possible thanks to donations from the Hendricks Family Foundation, friends and crew of the Half Moon, the Charles & Star Zabriskie family, the New Netherland Institute, the Netherland-America Foundation, and the Holland Society of New York.

All proceeds go to the New Netherland Museum, a 501 (c)(3) non-profit foundation. 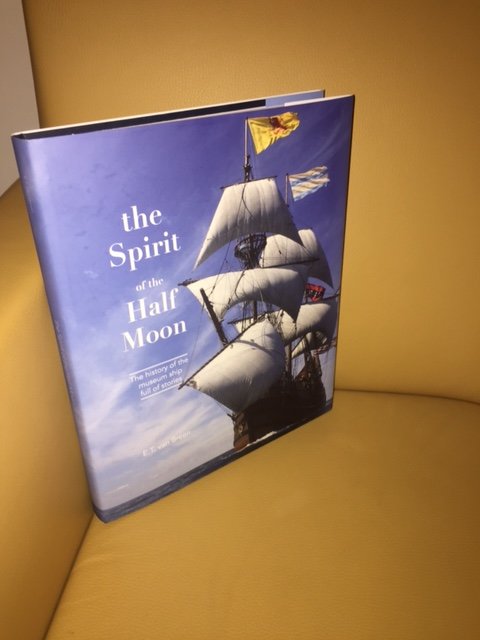 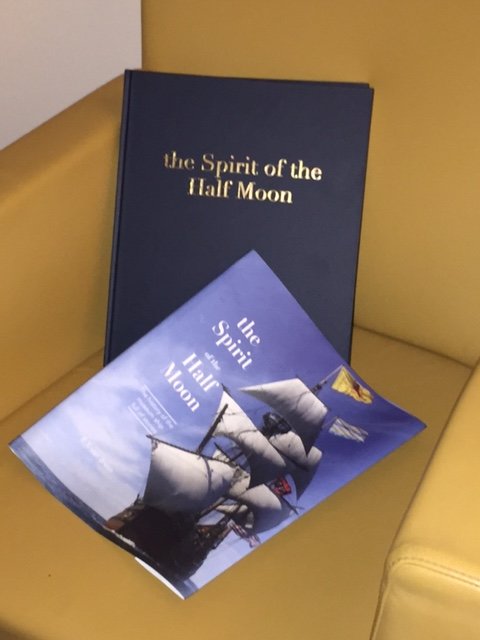